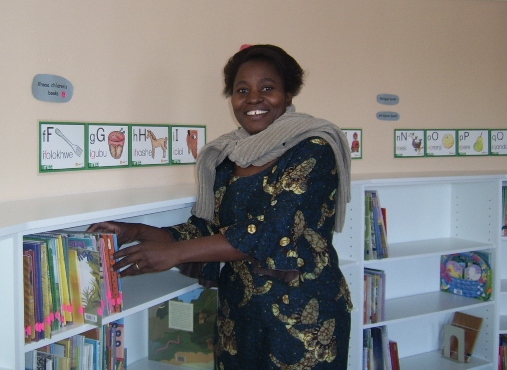 The Sabinet Chairperson’s Fund was approached by Biblionef SA to help set up a library at the Baphumelele Children’s Home in Khayelitsha.12th June was the long awaited for day for Baphumelele Children’s home when the Library was officially opened. The Director of the home, Rose Mushane saw her dream which she has lived with for more that 12 years coming true. The library was officially opened on the 12th of June by Jean Williams the Director of Biblionef South Africa.In her speech, Rosie, said the Rondawel was built in 1996 to be a library and since then she was trying to source books for the library but no proper library was set up until early this year.The Sabinet Chairperson’s Fund provided funding for 283 Xhosa books and a set of Encyclopaedias.