Home » The administrative adjudication of road traffic offences (AARTO) bill; understanding its impact on the man on the street

The administrative adjudication of road traffic offences (AARTO) bill; understanding its impact on the man on the street 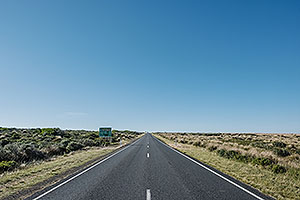 Following the example of several European countries, the much talked about Administrative Adjudication of Road Traffic Offences (AARTO) Bill was signed into law in South Africa by President Cyril Ramaphosa earlier this month. Essentially, the AARTO Bill has become necessary to arrest repeat traffic offenders for offences such as drunk driving or speeding by acting as a deterrent and providing injunction.

Mr Fikile Mbalula, the Minister of Transport, told the Sunday Times that his department is looking to implement tough measures, and that it is only in South Africa that offending road users are allowed to become recurring lawbreakers who never see the inside of a jail. Offenders do not only endanger their own lives, but those of other road users too, and moreover, get away with their crimes by simply paying a fine.

Much like the EU’s BestPoint project, our South African AARTO Bill points toward a demerit system with an established set of best practices that will result in a more effective and sustainable contribution to road safety. A high actual chance of losing one’s driver’s licence, as well as a perceived chance of losing one’s driver’s licence are basic conditions for the effective operation of a demerit point system. Systems such as these are believed to undamentally change driving behaviour in a country.

While it is not clear at this stage when the new law will officially come into effect, it is important to understand just how it will potentially impact road users.

When the new demerit system is introduced, 1 to 6 points will be allocated for offences – depending on the severity of the offence.If a transgressor accumulates more than 12 points, it will result in the suspension of the driver’s licence, with three suspensions resulting in cancellation.

Offenders may receive a block on obtaining driving and vehicle licences, as well as an administrative fee, along with other possible penalties for failing to pay traffic fines.

Under the new Bill authorities will be able to serve documents electronically and send reminders via WhatsApp and SMS. Traffic andrelated documents will no longer be delivered by registered mail through the post office.

A new Appeals Tribunal will be established which will preside over issues which relate to the new Bill.

If you wish to track progress with the implementation of the AARTO Bill, you can do so by means of Sabinet’s Legal Platform – https://discover.sabinet.co.za/.

Sabinet has been in the business of facilitating access tocustomised information-centric services for libraries, corporates, small businesses, media, and researchers via digital platforms for more than 20 years.